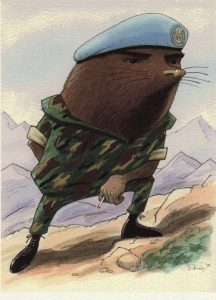 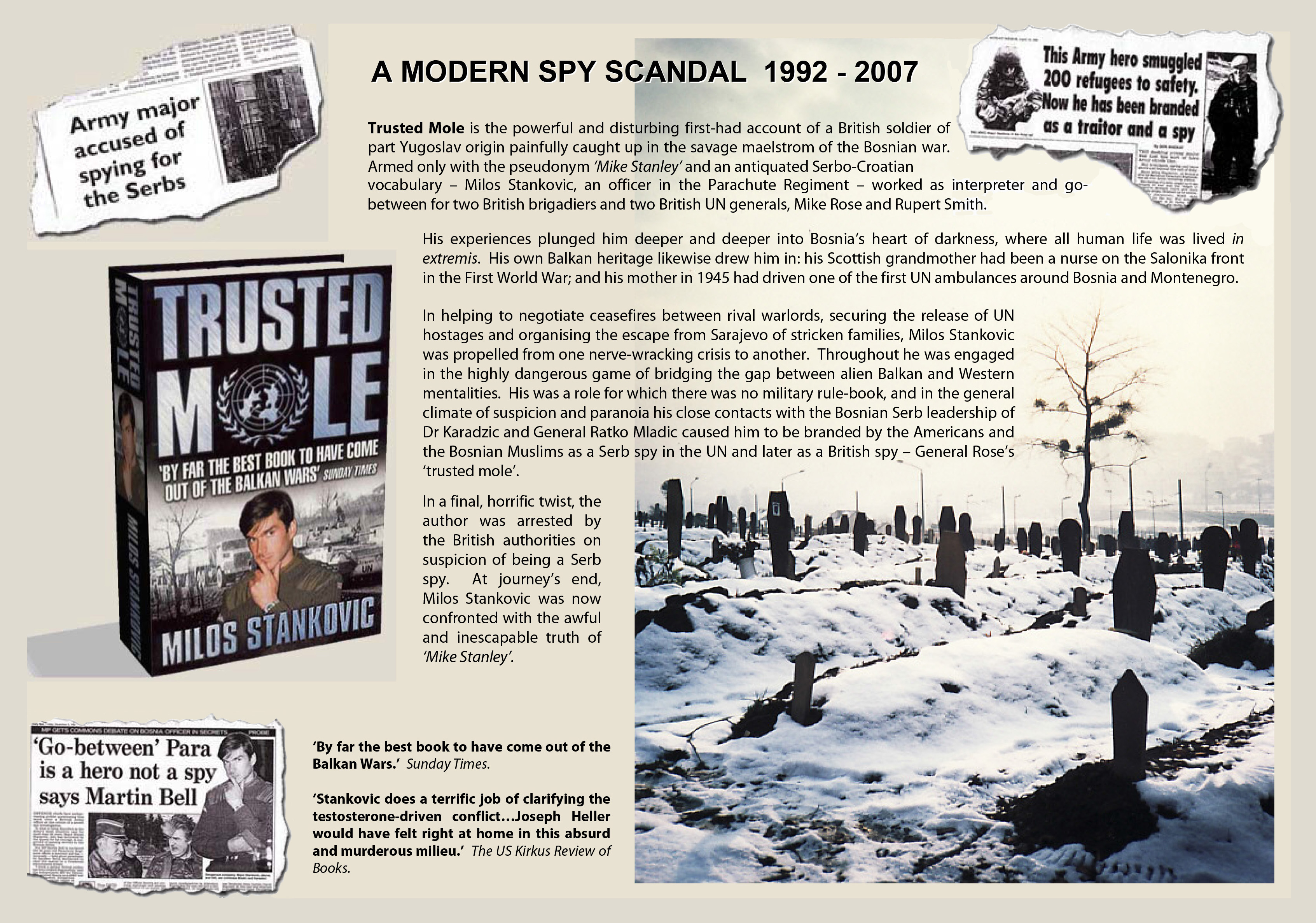 The US Kirkus Review of Books.

“Stankovic does a terrific job of clarifying the testosterone-driven conflict…Joseph Heller would have felt right at home in the murderous and absurd milieu.”

“By far the best book to have come out of the Balkan wars, not because it explains the conflict simply, but because Stankovic demonstrates with wit and eloquence that simplicity was never part of the equation…It is not, however, a bleak book. Far from it. There is humour, lots of it, often (inevitably) black, but also reflecting the accidental idiocies and genuinely comic scenes that occurred in the midst of organised chaos.”

“Although initially prevented by the British Army from serving in the Balkans because of his ethnic roots, his knowledge of the language and culture eventually became his passport to that hellish theatre and to an unorthodox and dangerous role…He delved even deeper into the minds of the personalities involved. Drawing on local knowledge, body language and history, he constantly sought the key to unlocking problems as diverse as freedom of movement, food and water supplies and the exchange of dead bodies between warring factions…It is an amazing book which from the outset speaks plainly and directly of great events and intimate experiences. This is the story of one who has been exceedingly traumatised but it is written without embellishment, honestly and with considered reflection.”

“Milos Stankovic served longer in the Bosnian war than any other British soldier…He was the outstanding liaison officer of his time. He did for Britain in the 1990s what Fitzroy MacLean had done in the 1940s, and in the same turbulent corner of Europe…Trusted Mole is the best book yet written on the Bosnian war, certainly including my own. It is more than that. It is the most extraordinary soldier’s story I have ever read.”

“Stankovic’s book is far more than the outcry of an innocent man foully accused. He has a wonderful eye for detail and a natural storyteller’s gift, and passion, to get across the bizarre and terrible cruelty of what the people of Bosnia went through. At times, I laughed out loud; at times, horrible moments of my spells there came swimming back, brilliantly evoked in Stankovic’s fresh prose…Trusted Mole is rich in comic scenes…But the comedy switchbacks with the tragedy…this man was a hero, caught in the middle and discarded by a military bureaucracy that should be shot at dawn for its betrayal.”

“Now exculpated from all charges, Stankovic has written a remarkably frank account of his time in Bosnia…What Trusted Mole makes sickeningly clear is not just the absurdity of sending in peacekeepers with no peace to keep (and neither the weaponry nor the political backing to impose it), but also the corrupting effects of war and humanitarian aid on almost everybody involved.”

“This is a powerful book…the inside story, not only of the UN’s war in Bosnia…but also, of what happens to someone who spends too long in a place populated by the dead and those whose hope has died.”

“Well-written, gripping and highly informative…It is evident that he was disgracefully let down by a system which he trusted…and he is to be congratulated for writing a fascinating account of an experience that would leave most people shattered.”

“Fascinating and truly exciting…As a window into that hidden period, his account is a revelation, littered with insights into ordinary human chaos which lay behind the apparently calm and collected statements of the politicians and the military top brass.”

“It’s a big book, in all senses, and as much a guide to the soul of the author as to the Bosnian War…The book is always urgent, almost furious with analysis and self-questioning, rarely sentimental but unafraid too of emotion…With the revelatory powers of ‘violent human conflict’ we get accordingly colourful vignettes of characters like Mladić and Karadžić, and the dialogue never puts a foot wrong…There are several books on the Bosnian war that dwell on the minutiae of such characters. One of the things that lifts Trusted Mole above them though is the strand of mysticism that runs through it…these scenes are some of the most convincing and resonant in the book, and arguably what gives it its real depth, its cosmic quality…Superstition, we sense, may be simply an acceptance of life’s mysteries, of human helplessness, in a war that was no slouch at throwing up either. It’s a point Tolstoy made – in a War and Peace of his own – and once again, Stanković finds himself in respectable company.”