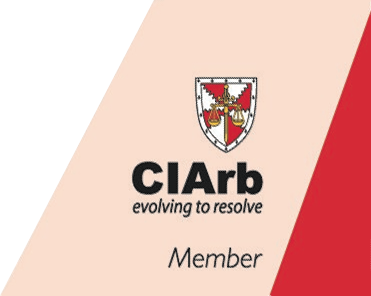 Guiding parties to agile resolutions of their disputes 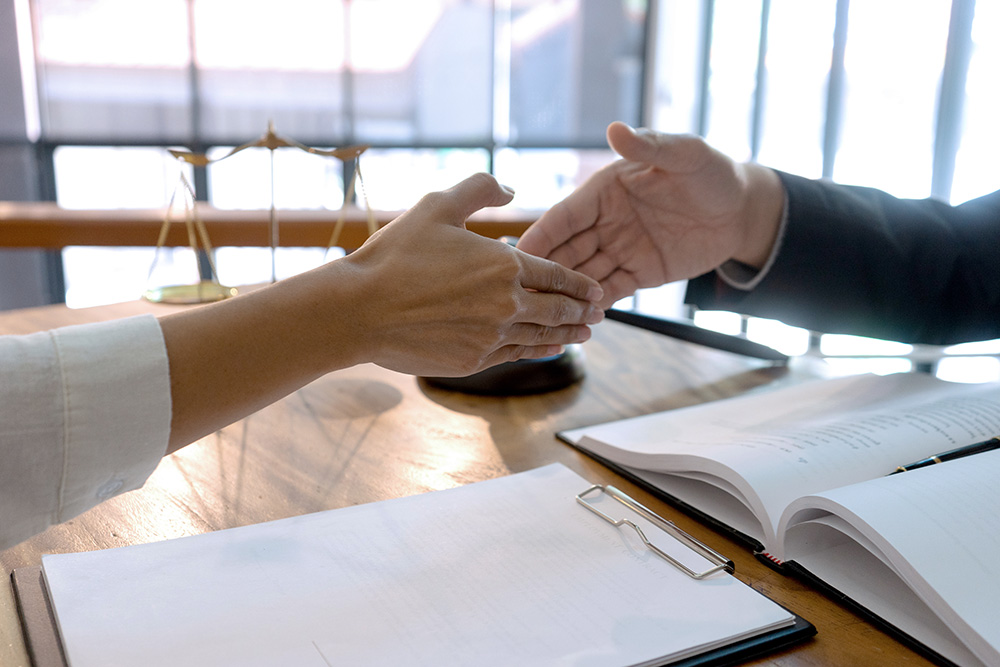 “Traditional litigation is a mistake that must be corrected…Our system is too costly, too painful, too destructive, too inefficient for really civilized people.”
Chief Justice Warren E. Burger, (Retd.), US Supreme Court

“Everywhere there is something to overcome or bridge: disorder, death, meaninglessness. Everything is a transition, a bridge whose ends are lost in infinity…And all our hope lies on the other side.”
Ivo Andrić, Bridge Over the Drina

I am a mediator trained by and accredited with the Chartered Institute of Arbitrators. But I learned the craft much earlier in life through necessity on the battlefields of Bosnia.

I also run a workshop called The Hero’s Journey to help other practitioners of ADR recognise and harness the power of archetypes – the hidden actors in every dispute and its resolution.

The Problem.  Conflict whether international, commercial, community or domestic afflicts us all at some stage in our lives. Ruinous to personal and social health, the increased trend towards disharmony, discord and dispute demands civilised resolution.

The Solution.  Enjoying a high success rate, mediation is a quick, discrete and confidential alternative for resolving disputes that is far cheaper than litigation and carries almost no risk.

About Me.  I have unique and profound experiences both of mediation in war and crisis situations, where the price of failure was measured in lives, and as a litigant in a protracted civil case against the British government. Both are supported by robust testimonials and judgements.

Conflicts and disputes in all their forms afflict almost everyone at some stage, never more so than today.  We are swamped by a relentless tsunami of horror: war; death; refugees and migrants on the move. Our domestic harmony lies in tatters: society polarised and fractured by populist hatred; families riven; the Internet awash with unmoderated bile and intolerance.  At the macro and the micro levels, abroad, at home and at work, disharmony abounds.  We seem to have been reduced to Darwinian dog-eat-dog survival – ruinous to personal health and prosperity.  The need to draw back, to pause, to heal has never been greater. Everywhere there is something to overcome or bridge…and all our hope lies on the other side.

Mediation is one of the most effective bridges for resolving disputes and for moving parties in conflict safely to a more harmonious place. Legally speaking, it is part of a suite of solutions known as Alternative Dispute Resolution (ADR). Alternative to litigation. Always seeking a compromise solution that both parties can live with, mediation is a more civilised, quicker, less bruising and less expensive solution to resolving disputes than litigation where the result in court is usually unsatisfactory and binary – win-lose.

Unlike litigation, mediation is discrete – both the process and the final agreement are confidential. Litigation carries considerable reputational risk; mediation none. It is also fast – 85% of mediations settle on the day or within a reasonable timeframe thereafter. Litigation can drag on expensively for years. Moreover, it is voluntary – parties come to it with an expectation of success but always have the option to withdraw.

But, in a much broader sense, mediation – the process of bridging the gap, moving impartially with trust and without judgement between parties to any business – is also the essential precursor activity to negotiations. It establishes the psychological groundwork for success. I have also used the principles of mediation to facilitate new market entry for western businesses seeking joint venture partners in the Russian Federation, bridging the cultural gap.

How does mediation work?

In a classic ADR setting, prior to any mediation parties in dispute and their legal team approve both the location and the mediator. The particulars of their case will be made available to the mediator in order allow him or her to prepare. On the day, each party will have its own room but will, where appropriate and by consent, meet centrally. After a joint opening session, during which the mediator explains the process and both parties make their introductory remarks, the parties retire to their respective rooms. The mediator moves between both seeking to uncover the underlying causes of the dispute.  Only when the mediator has uncovered these can the process move to negotiating a solution. The mediator’s role is not to offer solutions but to create the space for the parties to create their own. The key operating principles in this go-between role are: building trust with each party; strictly preserving each party’s confidentiality; and acting impartially.  The mediator is really a guide or pathfinder, helping parties both to communicate effectively and to navigate the psychological landscape of their dispute in order to find that bridge to the other side.  How that is achieved is part of the magic of mediation.

I have had unusually profound experiences of and insights into the nature of conflict that have shaped my life experiences. During a twenty-year period from 1988 to 2007 I was involved each year in one conflict or another, either armed or legal: from 1988 to 1996 I served in Northern Ireland, Mozambique, the Iraq/Kuwait and Bosnia; and from 1997 to 2007 I was locked into a protracted legal war with the Ministry of Defence – initially defending myself against false and politically-motivated allegations, and thereafter as a litigant and claimant for seven years.

More than most I understand the immense psychological stresses that conflict imposes on the parties involved. I am one of the very few mediators to have experienced first-hand the long, tortuous and ultimately unsatisfactory process of civil litigation. I am also one of even fewer who at journey’s end took his case into the Royal Courts of Justice – and found none. I can, therefore, genuinely look parties involved in litigation in the eye and say, ‘I know what you’re going through.’ Empathy is a key skill in the mediator’s tool kit. You can’t fake it. With some justification I can also advise parties to avoid court, which I experienced as a fantasy world of theatre and actors. Mediation, by contrast, is an altogether more grounded and civilised way of resolving disputes than the adversarial knife fight that passes for justice in our civil courts.

But, my passion for mediation flows not from the inadequacy of the civil courts but directly from the very positive experiences of the craft that I experienced in war. Between 1992 and 1995 I served as a UN military liaison officer during the war in Bosnia-Hercegovina where miscommunication and failed negotiations were measured in lives. Under unique pressures, I was responsible for mediating ceasefires, hostage releases, prisoner and body exchanges, freedom of movement agreements and the 1995 Cessation of Hostilities Agreement. My role as a go-between in understanding and addressing the needs of the various parties prepared the psychological ground for teams of negotiators to meet, usually with success. The attributes required in this blood-drenched theatre were the exact same as those required of mediators today: confidentiality, impartiality and trust. I would add tenacity and courage as two other essential qualities of a good mediator.

Types of Mediation. I am particularly interested in the following types of mediation: crisis situations; cross-cultural international environments; as well as community and workplace mediation. 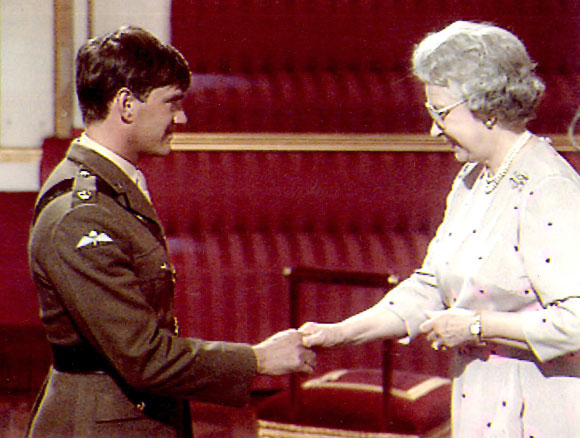 “Your liaison function in particular between BH Command and Pale was wholly indispensable to the peace process, and I always felt that I knew better than my predecessors the innermost thoughts of the Serbs…it was essential that we had someone who could gain their trust and demonstrate that as peacekeepers we really were impartial. All this came to a culminating point during the cessation of hostilities negotiations when you provided the ‘telephone through the window!’ Without this I doubt we would have got the necessary signatures.”

“Major Stankovic has been mine and my predecessor’s Liaison Officer with the Bosnian Serb Army since June 1994…The relationships he has established with key figures, not least the Bosnian Serb Army commander, his knowledge of the language and the background to the war has been invaluable…He has been under considerable pressure, operating alone in isolated circumstances where the threat of hostile activity is ever present and occasionally occurs. Major Stankovic has performed excellently. His mediation between the warring factions, his representation of me and his advice have all been of critical importance.”

“I have no doubts whatsoever. In Bosnia he played an absolute blinder.”

“Milos Stankovic was the outstanding liaison officer of his time. He did for the Balkans in the 1990s what Fitzroy MacLean had done in the 1940s, and in the same turbulent corner of Europe.”

“Looked at objectively, there is no doubt that what happened to the Claimant has been unfair and the consequences serious…he was an impressive and realistic witness. He did not overstate his case…He proved himself to be courageous and resourceful in Bosnia and suffered the effects of his time there more than most.”

More about The Hero’s Journey >>