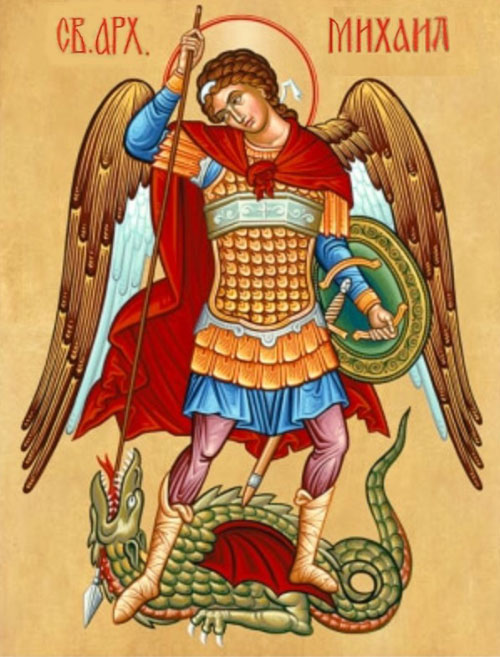 I have been fighting and slaying dragons most of my life. I should have been born on St. George’s Day. I wasn’t. Instead, I have St. Michael the warrior Archangel and patron saint of paratroopers as my patron. Consequently, I have never had a problem drawing the sword and taking on dragons. Three big ones, to be precise.

During the Balkan wars of the 1990s I became the longest serving British soldier in Bosnia where the dragons were fierce and the missions impossible. Many of these are recounted in my critically acclaimed book Trusted Mole – a soldier’s journey into Bosnia’s heart of darkness. And some are not. Strike that dragon.

In an improbable and Kafkaesque twist, for my work in Bosnia the British government both honoured and reviled me. Just when I thought there were no more dragons to slay, I was arrested on trumped up allegations that were politically motivated, instigated from abroad. In an eyeblink I was cast out of the tribe I’d loved and forced to defend myself. Cowed, almost all my friends and comrades ran for cover. There’s no smoke without fire, right? I was cast into a very dark and lonely pit. At rock bottom I was forced to discover inner resources I didn’t know I had and thus began a decade-long fightback against the juggernaut of State – and victory. Strike that dragon too.

But it was the third dragon, the one I was unprepared for, that nearly got me.

On my journey I have cheated death, survived some shattering life-changing events and walked through the dark night of the soul, forced to face and slay dragons.  I emerged with a gift – stronger, wiser and more resilient.  General George S. Patton had the measure of resilience: ‘I don’t measure a man’s success by how high he climbs but by how high he bounces when he hits bottom.’  But, what is the difference that makes the difference?  Why, when faced with insurmountable odds do some people buckle while others bounce?  What would happen to you? Buckle or bounce?  We think we know, but we don’t until it actually happens.

Drawing on decades of experience of conflict and an unusual quest to discover the keys to my kingdom, I keynote on resilience to illuminate its ephemeral quality – not just how to turn disadvantage into complete advantage but how to grow into a better version of yourself in the process.